With every release of a Taylor Swift album, I find myself listening to all of her old ones in preparation for what the new Taylor will sound like. As a result, I’ve come up with my list of top ten Taylor Swift songs before Lover.

Limiting my list to 10 is incredibly difficult. I tried taking several things into consideration; one being, I’ve been with Taylor from the start. I know which songs are big deals for her to be writing lyrically and sonically, and I know which songs are huge singles that to me might feel overplayed at a certain point, though it doesn’t take away from how much I love them. However, the popularity of her songs were not taken into consideration here. (Sorry, “Love Story.”) I wanted them on the list, but I couldn’t shake the feeling that my favorite thing about her as an artist is how she’s so open to showcasing her growth as a person and being transparent as an artist, so I wanted my list to reflect that.

Without further ado, here is my list of songs that made me smile ‘til my cheeks hurt or scream with absolute delight the first time I heard them.

I’ll tie this one with “You Belong With Me” and “Love Story” if you like. But I genuinely believe this song is one of the best examples of her ability as a phenomenally crafted storyteller. The melody is addictive, the story moves fast, and you’re caught up in it. You have visuals of the entire thing along the way and it makes the song feel so much more than just something to listen to.

Let’s talk about the song that’s better than “Paper Doll” by John Mayer. We were all feminists before Taylor, but after Taylor, we suddenly found the right words to say to misogynists and patronizing players all over our romantic fields. Her “my-ex-cheated-on-me-and-now-I’m-mad” songs from her first record like “Picture To Burn” and “Should’ve Said No” will always be great to console a friend. But “Dear John”? This takes the feeling of betrayal and manipulation deeper than she was ever able to put into words before. I’m not kidding when I say I cry every single time she says, “I’m shining like fireworks over your sad empty town.” Yes you ARE, TAYLOR!

I know a lot of Swifities that love giving Red more credit than the record received critically. My honest opinion is that Red has absolute diamonds amidst a lot of rocky layers of songs that all-in-all feel like Taylor going through a major identity crisis. (Which was basically true at the time.) With 22 songs on the deluxe edition (intentionally paired with “22”?) Taylor said, “F** it. Record them all. I don’t know what to do.” And amidst all this chaos, we see a new side of Taylor: the optimistic romantic who has been let down so many times that now she’s completely fear-driven. This song to me was such a unique feeling in love that I have never heard another song describe before. A whirlwind kind of love, where you think you might be able to fall for someone, but immediately they have to leave town. For an entire generation of people expected to go to college and move away to do big things immediately after, this song is too perfect for the senior year feelings that come with almost starting a new love that never came true, but could have.

The sound of this song is genuinely what made me so addicted immediately. I mean what a BIG noise to start off an album. Lyric-wise, this is one of her more minimal works, but the sound itself and the placement of the melody is so phenomenal that this song somehow manages to be just as good as her lullaby acoustic version as it is starting off the album. How the HELL does she do that? Writes an entire album about the excitement of falling in love, begins with this big boom “State of Grace”, then 20 songs later, ends the entire thing with the same exact song but with only one instrument and a very meek voice. She was broken by the end of the album. She sang “Treacherous” twice. The sound and the placement on the album is just so intelligent it’s that strategic quality that always makes me come back to Taylor.

We’re getting into the really good ones, guys. I can promise you this one will be at my wedding. The thing that I’m noticing about Taylor is that you can tell when the songs she’s writing genuinely reflect love that she feels or sees, and when the songs are about the hope of love itself. This song isn’t about her relationship, it (I’m pretty sure) is about Jack Antonoff and Lena Dunham’s love. Antonoff helped make basically all of 1989 with her when she found her new rhythm and brand, so while she’s spending time dissecting her own loves, she gets to be inspired by a great, committed love to keep her romantic hopes high, the way we’ve always loved her to be. (RIP Lena Dunham and Jack Antonoff’s relationship, January 2018, tho.) The sound of this song just sends me––I exclusively listen to it on soft, dark nights where it’s snowing lightly or there’s dead traffic, and I can drive as fast as I want with this song on and the windows down. Legit, I’ll go buy myself a hot coffee and drive around listening to this song at night. That is what I do in my free time.

I’ve been waiting for sexy Taylor for… 1, 2…3… OH! 14 YEARS. The confidence she has exuded since day one has never had anything to do with her appearance or her sex appeal, and she started publishing in adolescence. I’ve been BEGGING for this song. The first time I heard it, I stopped at the chorus and played it back to the beginning because I wasn’t sure if I had her right when she pulled out, “Only bought this dress so you could take it off.” Her little “Oh, oh, oh!” lines sound like freaking climaxes. I just… Thank you. What a new sound and a new side of Taylor.

We’re getting to the part of the list where I’ll straight-up start crying just talking about it. Every time I hear the beginning guitar of this song, I’m done. I’m crying, I’m falling, I’m emotional in any way you could imagine. If you were enough of a Swiftie to write out all of the capital letters in her lyric books to uncover the secret messages, you’ll know that the secret message of this song is “FOR YOU”. This song was straight-up for her fans. The only one that is. It came from the euphoria she experienced on stage every night during the Fearless tour; that kind of back-stage feeling where the walls are pounding with Saturday-night noise on a Tuesday and fans are dressed in handmade costumes that reference their favorite songs. The only thing I’ve ever come up with to tattoo on my body is the lyric, “Bring on all the pretenders.” It’s my favorite line out of anything she’s written. This song is phenomenal.

I don’t even want to talk about this one because it’s on everyone’s list of best Taylor Swift songs that does even a little bit of research. She played it at the freaking Grammy’s just because her fans were like, “Dude you’re doing the world a huge disservice by not sharing this.” And that’s where we get this renowned GIF from. I don’t want to explain this one, I just want you to listen to it. But I’ll share the best lyric she’s ever written: “You call me up again just to break me like a promise, so casually cruel in the name of being honest.”

What a heartbreaking, heartbuilding song for Swifties everywhere. “My reputation’s never been worse, so he must like me for me.” She didn’t do any interviews, talk shows, anything during the reputation era. Her line of reasoning was, “There will be no explanation, there will only be reputation” because of all the shit she got from an age of mega cyber-bullying with big artists having loads of fans ready to swarm and attack anyone who does the smallest thing wrong online. (Taylor may be a little guilty of this herself, but that’s up to you to decide! She did just say on Ellen that the most embarrassing thing she did as a teenager was putting Joe Jonas on blast on Ellen’s show, and the reason we love Taylor so much is because she is SO TRANSPARENT WITH HER GROWTH.) Anyways––this song captures the settled-in anxiety that she lives with because of her life finding love in the spotlight. She can’t even totally let herself love a man because of the fear that she’s doing something wrong or moving too fast or starting the same mistakes all over again. And Swifties everywhere are cheering for her longest, seemingly most-stable relationship yet!

Listen. From a songwriter’s perspective, she doesn’t have a single song that is more genius than this one. “All Too Well” has her storytelling skills turned all the way up to 13, but I will fight anyone, any time about why this is her best song ever written. First of all, This song concreted the fact that not only can she handle pop, she can twist it and mold it so that it works with her songwriters’ voice and still sounds completely original at the end of the day. Literally the entire Reputation album is just an expansion of this song right here. (Specifically, “I Did Something Bad” aka Blank Space pt. 2.) When I hear the beginning of this song I lose it. What a bold move of her to not write about the truth of the world, but rather write an entire parody about exactly who everyone thinks she is. That’s an artist. The moments of this song that actually made me scream when I first heard it were the chorus “And you! Love! The game!” because what a nice sound; and then obviously, “I’ve got a blank space, baby. *Wink* And I’ll write your name.” I screamed. SO loud. You can ask my father, he remembers. She’s writing about the power she has and winking at the press saying, “Look! Is this what you wanted?” Plus, this song has one of the best lyrics she has ever written: “Darling, I’m a nightmare dressed like a daydream.” I mean everyone who has made fun of her for years just shut up because you can’t make fun of someone who embraces the narrative that you’ve crafted around them. From idea, to lyrics, to sound, to music video, to live performances, to growth as an artist: this is the best Taylor Swift song. 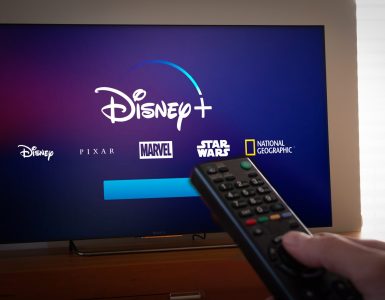 Joy to the world, Disney+ is come! Let earth receive the streams! Let ev’ry heart prepare for Groot, and hear the Wildcats sing, and Teen Beach Movie sing, and watch boomers and Karens in Encore! sing. Joy to the...