***Some stories presented by 1870 Magazine may be parody and are meant for entertainment purposes only. We think you are smart enough to know the difference. 😉

Shit you probably should do before you graduate, but not tell your mom about.

In his novel The Strange Case of Dr. Jekyll and Mr. Hyde, Robert Louis Stevenson writes, “All human beings, as we meet them, are commingled out of good and evil…” That is to say, the human race has a split personality. There is the Dr. Jekyll side. The side of kindness, compassion and positivity. The side we outwardly portray. The side that gets us jobs, creates friendships, wins awards. This is the part of us we want people to see.

And then there is the dark side. The Edward Hyde we keep hidden in the shadows. The side that consists of chaos, anger and revenge. The side of us that revels in getting away with the unthinkable. Our hidden desires reside here. Our secret urges. What we would do if no one found out. The fucked up things you put on a list hoping to accomplish before you die. To complete the quote above, Stevenson writes, “…and Edward Hyde, alone, in the ranks of mankind, was pure evil.”

This is us exposing our Edward Hyde. This is our dark side stepping out into the light. This is our challenge to you.

Streak through The Shoe

This is pretty PG. A little immature, but exhilarating nonetheless. What’s better than feeling ultimate freedom on a world famous stage? Trespassing and public nudity are both a criminal offense which makes it all the more exciting. Just make sure no sensitive areas come in contact the turf. You don’t want to explain to your doctor how you got a staph infection down under.

Escape underneath the Oval

There are series of tunnels that run underground throughout the university. The hub of said tunnels all meet underneath Ohio State’s iconic Oval. There are certain entry points around campus, make it a game to find one and sneak through. See what awaits you in the Upside Down at Ohio State.

Host a party with classmates at the same time as class

Are you in a class where the hate for the subject is mutual amongst all classmates? Create a GroupMe, pick a place, skip class together, and day drink! Give your professor a break for the day, they’ve earned it and so have you. Hell, maybe even CC your professor on that party invite.

Find out what’s so damn special about this multi million clock tower Ohio State needed so badly. Is something hiding up there? Find out.  Perhaps that’s where Bob Gribbon sends out all those reminders about changing your password? Are there ancient inscriptions that reveal the meaning of life at the top? Find out! Ohio State needed this thing for some reason and I refuse to believe it was purely aesthetic. Also, I bet the view up there is incredible. Bring a joint with you for that part.

Trip acid at a football game

Open your third eye in one of the most chaotic and overwhelming environments Ohio State has to offer. Watch the players on the field morph into flying entities sent by the Gods to protect your homeland. Physically see the music ebb and flow from the trumpets and trombones into a multi-colored nebula during the halftime show. Discover what a beer tastes like in the fourth-dimension. Experience the pure ecstasy that blossoms through the act of verbally assaulting a Michigan fan. Reach nirvana every touchdown.

In other words, get monumentally fucked up.

Host a pool party in the new Mirror Lake

Don’t let the administration take our traditions away. It doesn’t have to be everyone jumping in at once for obvious safety reasons, but what could possibly be wrong with a refreshing dip with 387 of your closest friends? Celebrate the new and improved reopening with what lakes are meant for and the exact thing Ohio State doesn’t want you to do.

Chad can represent anyone in this situation. It could be Jake, it could be Kyle, it could even be Emily. Whatever TKE, Kappa Sig or Alpha Phi that comes to mind when you think of someone whose life deserves to be ruined fits into this category.

Snapchat memories are a treasure trove of evidence that could lead to one’s suspension, expulsion, or even arrest. But none of that compares to the total and utter satisfaction that comes from seeing mommy witness the sexual films of multiple lovers, their beloved child rip lines of whatever white substance is on the table at block, the behind-the-scenes footage of what really happens other than brotherhood at chapter meetings.

It would also just be fucking hilarious. 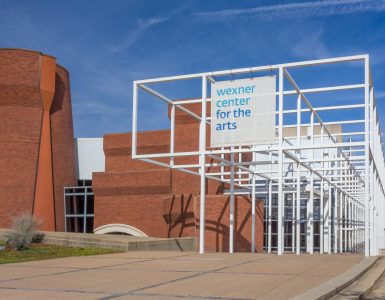 joey schroer if you see this I luv u