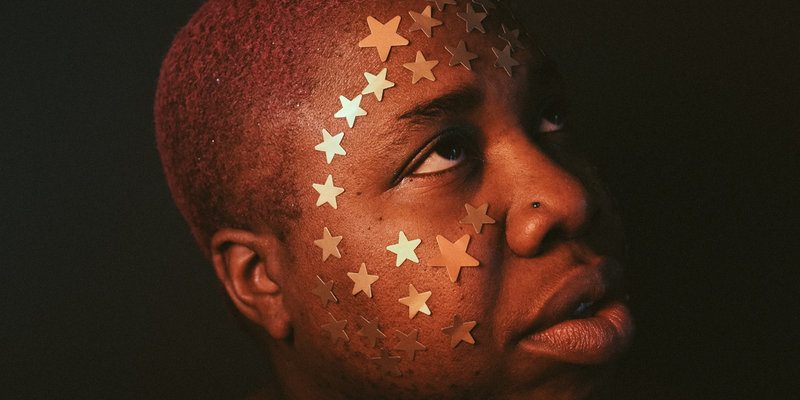 Rapper Corey Parks introduced the singer of Counterfeit Madison last night as “the best person in Columbus.” That’s a hard thing to quantify, but if they were handing out an award, Sharon Udoh would absolutely be in the running.

Performing in front of a sold-out Wexner Center crowd Tuesday night, Udoh was celebrating the release of her new album (and first vinyl record), Opposable Thumbs, an opus as eclectic as it is emotional. Opening with the rollicking ‘Like One and One and A to Z’, which recalls vintage Elton John at his best, she led her band through a dynamic set that shifted from delicate and angelic to downright devilish at times.

“Don’t turn your back on the queen,” she warned near the end of the first song, advice that was sincerely heeded by the audience throughout. Udoh is a complicated and unpredictable performer, capable of drawing you in with a booming baritone and a Cheshire grin, just to snap on you with those same glistening teeth.

Counterfeit Madison as a band is equally as challenging, with a rotating cast of members and instruments that morphed after nearly every song. At times an octet with a four-piece horn section, other times a vocal trio with lush, tear-jerking harmonies, and occasionally just a woman alone, letting her soul pour onto her trusty keyboard.

When she howls, “I don’t give a motherfucking shit!” at the end of ‘I Hope It’s Alright’, its tough to take her word because clearly, she gives many. She gives a shit about her stage presence, her songwriting, and every last person that came to see her dominate the cramped stage. Giving a shit is what makes her music so soulfully one-of-a-kind.

“I feel very warm right now,” she said before launching into her encore track, ‘Warm & Old’, an old song about seeing that perfect friend when you need them the most. At this show, like most she throws, she had a lot of them.

The opener Parks also spoke during his set about how each member of the crowd was a revolutionary with a special gift that could help build Columbus into the great city it deserves to be. I can’t speak for my role in things but Sharon Udoh and Counterfeit Madison are more than making up for it.

If you wanted to see the best gig by a local Columbus artist this year, sorry, you missed it.

Justin Bieber, who currently sits at the No. 1 spot in terms of artist popularity on Spotify, has moved his Columbus concert venue from Ohio Stadium to the Schottenstein Center. Due to unforeseen circumstances, the...