A freakin’ baby bonobo monkey was born at the Columbus Zoo.

The Columbus Zoo and Aquarium is one of only seven Association of Zoos and Aquariums (AZA)-accredited facilities in the country to house Bonobos, an endangered great ape. On Dec. 9, the Zoo welcomed one more into its family, when a female bonobo named Bertie was born. This birth is particularly special to conservation efforts because the mother, Susie, is one of two remaining wild-born bonobo living in the United States, and her offspring offer valuable diversity to the population of bonobos in human care.

The mother and baby are both doing well and will be available for public visitation on a rotating basis in the Zoo’s Congo region, which closes at 4 p.m. during the Wildlights season. Staff members will not know the identity of the father until a paternity test can be completed.

The first bonobos arrived at the Columbus Zoo in 1990. The latest newborn is the 16th bonobo to be born at the Columbus Zoo, which now houses a total of 18 bonobos. Bertie is Susie’s fifth offspring. Bonobos typically give birth to one baby at a time, after a gestation period of about eight months. Bonobos (also known as pygmy chimpanzees) are the smallest and rarest great ape. Because they share more than 98 percent of our DNA, bonobos are more closely related to humans than they are to gorillas.

“Bonobos are an incredibly dynamic species with an amazing social system. They were the last ape species to be discovered and due to a lack of research and media focus, they are still widely unknown to most people,” said Audra Meinelt, assistant curator of Congo Expedition. “Bonobos are only found in one region of the world and are facing severe threats. The Columbus Zoo has been a leader in bonobo husbandry and education for many years and we are proud to help educate the public regarding their conservation.” 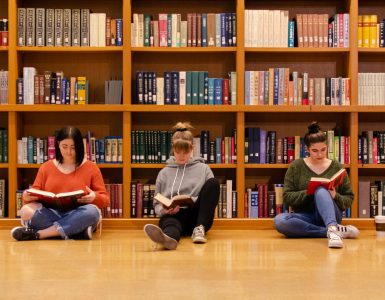 PHOTOS BY FIKUNMI IDOWU March is Women’s History Month, and while it’s never not an appropriate time to celebrate the magnificent women in your life, it’s a good reminder to pay homage to the people who shape your world...