Classics to watch this fall, recommended by the Sci-Fi Club

It was a beautiful night out and the OSU Intergalactic Science-Fiction Club (commonly known as Sci-Fi Club) had just finished its semi-annual trivia night. We were walking to Sloopy’s to celebrate a successful night of fun, prizes, and new club members when one of the new members said something that stuck with me: “I love sci-fi, but I just didn’t have anyone to discuss it with, until now.” He tried talking with friends but no one else knew or cared enough about sci-fi to have a deep conversation with him, something that resonated with me. So today, I share my favorite kinds of conversations with you! I interviewed club President Brady Ellis and PR Officer Joanne Rhode about some of the most notable sci-fi movies of all time.

I interviewed Rhode to get her hot takes on the original “Blade Runner”, a futuristic and dystopian cyberpunk movie we watched for the club’s last movie night.

I really liked the aesthetic of it and its idea of cyberpunk. It was one of the first films that used cyberpunk in science fiction; a lot of the scenes incorporate a lot of technology [and] has a futuristic look. Cyberpunk was a big thing in the ‘80s and “Blade Runner” [has] given a lot of inspiration to other films.

Do you think “Blade Runner has stood the test of time?

(Definition check: Cyberpunk is a genre within science fiction that is set in a lawless subculture of an oppressive society that is dominated by computer technology.)

When you watch “Blade Runner” from a modern standpoint, there’s a lot of criticisms you can apply to it. But overall as a film, it still can be pretty enjoyable to watch. I think it’s worth [seeing] especially if you’re looking for cyberpunk and how it’s developed throughout the ages.

What do you think about the morals of Blade Runner?

There are a lot of interesting themes. The desire to live is in all of us–the desire to be better. All of the characters have sympathy. You have a set person you think is a good guy, but the lines blend throughout the movie. “Blade Runner” makes you question what’s good and what’s bad.

Ellis gave me some inside information on “The Creature from the Black Lagoon,” a classic monster story released in 1954, one of his favorite sci-fi films, and a film that he plans on showing in club and giving a presentation on.

What appeals to you about “The Creature from the Black Lagoon?”

The Creature himself or the “Gill-Man.” Up until this point, movie monster films were pretty much filled with Dracula or Frankenstein, characters that were based on books or legend. [Gill-Man] is a very original character, very unique.

What about Gill-Man makes him different other than him being original?

The Gill-Man is linked to science. [He] is seen as a missing link in human evolution between the sea and land. That struck me as very unique. You’ve got this monster, this creature, that is connected to humanity. It’s not just something of fantasy. It’s a creature of science. And it’s very interesting to see the link between the humanity and the monster.

Is it still worth seeing today?

Definitely. Anyone who is into movie monsters or old films, anyone who loves science fiction… [Gill-Man], I think, still has a wide appeal today. [The] film is able to gauge people’s excitement and curiosity and interest in science, evolution, and history. It’s just a genuinely, honestly fun action-y film. It’s got something for everyone: good acting, very impressive looking costume for the creature, a strong story. It’s delightfully weird.

You plan to do a presentation on this. What would that be like?

I plan to do a presentation that not only explores the history of the film and the character, but really gets to the core of why this character is so beloved. Why it has had staying power and why people today should care about “The Creature From the Black Lagoon.” Plenty of cartoons, movies, and TV shows have characters that were clearly inspired by [Gill-Man]. I want to explore why “The Creature From the Black Lagoon” matters and why you should care about Gill-Man. There’s something for us all in the Gill-Man.

Do you have any funny trivia about the movie?

So the actor, Rico Browning, played the Gill-Man in the underwater scenes. The guy was just a normal guy from Florida. He was a swimmer in the area near the set they were filming on. Someone on the crew asked him to swim in the water, do some test filming. And it came down to the director seeing Browning and saying “Kid, I like the way you swim, would you like to be in this movie?” They had a guy playing the creature for the land scenes, but they needed a more professional swimmer to play this character safely in this big suit underwater. Also, like most monster movies of the era, it does, unfortunately, devolve into the damsel in distress concept, the leading actress getting captured. But I will give it credit, that unlike a lot of monster movies filmed before, the actress in this film gets to do stuff and have a character. She’s not just the person who gets captured. She’s an important part of the crew of scientists who are exploring the Amazon.

Finally I asked Brady about his future goals for the Sci-Fi club.

I’m very committed to growing the club into a large, positive, diverse community. It’s important to me that the Sci-Fi club is a welcoming community where people of all backgrounds can come and share what science fiction they’re passionate about. I’m committed to getting the word out about the club through advertising, special events, guest speakers, really all sorts of events that can draw people in and let them see this is a club for them. If you care about science fiction, if you have something in [the] genre that is special to you, or if you’re just looking for a chance to get into science fiction and make new friends, this is a positive, welcoming and genuinely fun environment. I think more people should know about it.

The OSU Sci-Fi Club meets every Tuesday at 8 p.m. in Enarson 214 for presentations, discussions, and special events centered around Science Fiction. For more information please email them at scifiosu@gmail.com 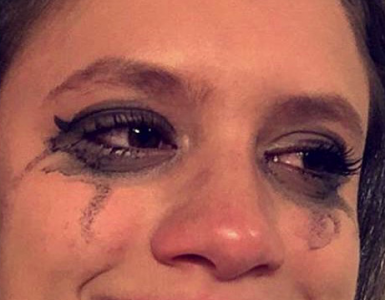