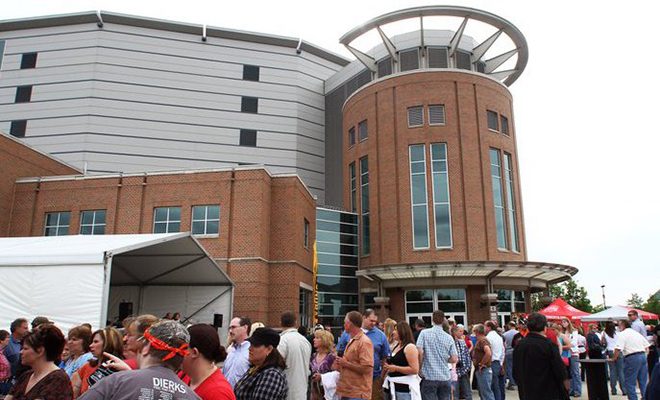 Justin Bieber, who currently sits at the No. 1 spot in terms of artist popularity on Spotify, has moved his Columbus concert venue from Ohio Stadium to the Schottenstein Center.

There are plenty of reasons a concert could change venues, and without any information from Bieber (or his camp), it’s hard to say for sure what caused the change. However, there are plenty of theories going around.

Most often, when artists change from a stadium to arena, it’s indicative of ticket sales that don’t quite match the seating capacity of the stadium. For reference, Ohio Stadium’s normal capacity is just over 100,000. The Schottenstein Center’s is just under 20,000.

There are also conspiracies flying around that it has something to do with the Coronavirus epidemic — which could also be affecting ticket sales. Considering campus is effectively closed until the end of the month, there may not be as many people trying to attend a concert outdoors.

Justin Bieber’s accompanying acts Kehlani and Jaden Smith will still be performing alongside him.

Either way, the change won’t affect people who had already bought their tickets, and the smaller Schottenstein Center may even provide a better opportunity for Bieber fans to feel they’re getting a more intimate show.