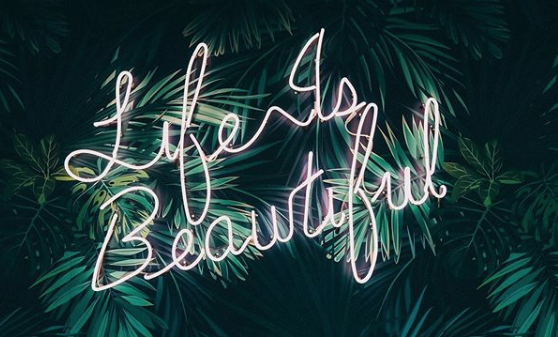 I came, I Seesaw, I conquered: recap of the new Short North bar’s opening night!

We ordered Uber Black because if we were told to dress formal, we had to arrive in style. Who knew a Sunday night could be so classy?

The open space inside of what was formerly Ram’s Short North location was built up in style by none other than Seesaw, the new playground-for-adults restaurant and bar. With high rooms and floor-to-ceilings window walls, the place has to be just as appealing in the sun as it was on a summer night. The lights were low and colors of black, white, and fresh shades of green dressed the luxurious lounge. Behind the downstairs bar was a wall full of greenery, giving the bartenders a botanical backdrop to pop against their personalized all-black outfits.

The tables were packed with people who came early to snag food before the party, and rightfully so, because the bar is co-owned by renowned Cleveland Chef Jonathon Sawyer. (And I may have gotten an impromptu dinner cooked for me by his right-hand man at the event, so I say with confidence you’re in for a major treat if you’re eating recipes from the minds of these guys.) On a normal night you can expect tables to offer up “modern American shareables,” according to their Instagram.

Me and my crew took our evening upstairs to hit the bar and check out the party space before it got packed. The wide staircase on the way up had me marveling with every step because there’s a detailed stair-mural of a woman with dark hair flowing down each individual step like she’s lying at the top and letting it go. The entire bar is an artist’s canvas.

At the top of the stairs, you’re face-to-face with another picture-worthy spot. An all-pink payphone with text written above it, “You up?”. This place knows exactly who you are and they know exactly what photos you want to throw online.

If neither of those spots suit you, how about the tropical leaf painted wall with a lit-up cursive, “Life is beautiful”? Get in early for that picture though, because it’s right behind one of their many velvet green VIP booths and could be snatched before your flash goes off.

We all need breathers after dancing and a few drinks, and one of your options here could look like––in addition to your classic motivational speeches from strangers––a women’s restroom that greets you with layers of pink, brown, and red hand-writing of Aerosmith’s “I Don’t Want to Miss a Thing” lyrics against a half-pink half-tiled wall.

Seesaw nailed it at every corner of the space, keeping it classy but truly fun and inviting to anyone. Every spot said “Come take a picture” or “Come take a seat”.

With Columbus’ growing rooftop-bar scene, Seesaw really came to play. Move naturally from ceiling to stars and pick your perfect backdrop of High Street, string lights on a brick wall, or an outdoor fire place, plus many chairs to sit and chat in.

The other two co-owners are Aldo Narcisi and Cleveland Indians pitcher, Jason Kipnis, who were happily chatting with anyone and everyone about their pride and joy project. (And hey, Ohio State, they’re looking to include a college night of sorts in the future. In addition to that, this would be the hottest place to have your srat formal if they end up inviting that, too. We’ll have to wait and see!)

Overall, Seesaw is a vacation of a night out to say the least. Traveling to different cities to test out the bar life is always going to be its own adventure, but the truth is Columbus is popping off every weekend with something for everyone. If you want a night to get dressed up and feel like you’re on your own Saturday-night getaway, you need to drop by Seesaw. (And post all the vacation pics the next day.)

Seesaw will officially open later this week. Keep an eye on their Instagram for details.