You’re a student at the Ohio State University. An institution world-renowned for its incubation of intellect, influential research undertakings and overall commitment to academic excellence. But if you were fooled into thinking that was the top priority around here, just know OSU shuts down its own medical facilities for home football Saturdays. I reckon many of you came here at least in part due to the onfield prowess of the Buckeyes, but if you didn’t, you better start getting up to speed. We’re breaking down football lingo both common and exotic so you don’t have to embarrass yourself in front of the tens of thousands of frenzied football fanatics around campus.

Positions that aren’t the quarterback

Also referred to as the “hogs,” these are the big boys up front that do all the dirty work and receive none of the glory. They may not have recognizable names, but they are vital for protecting the all-important QB and allowing your running back to pick up yardage. the O-line often becomes the whipping post for angry fans when they pick up pesky holding and false start penalties that have the offense moving backwards.

These are the big guys on the other end of the ball looking to slice through the offensive line and flatten the opposing QB or RB. the defensive linemen are the most likely to be outraged in animated fashion by the ever more stringent “roughing the passer” rules in football.

If you’re not paying close attention to linguistic minutiae, you’ve probably been thinking people were just saying “quarterback” when this position comes up. Rather than throwing the ball, though, these are the smaller, speedy guys that try to stop wide receivers from catching a quarterback’s pass. If you were wondering who it was that drunk fans lose their absolute shit about when a pass interference is called, it’s usually these guys. Or the refs.

Like a mix between an offensive lineman and a wide receiver, this guy both catches the ball and blocks, depending on the play. Think Gronk from the NFL (no Madi, not Kronk from Emperor’s New Groove). Typically hard-nosed and known for dependable hands, a tight end used correctly can be a quarterback’s best friend for a middle-of-the-field completion when receivers are covered downfield.

If you’re a current Ohio State student, you must have heard of Zeke. But if you’re reading a football-for-dummies list, I suppose you may not. The running back is the guy that takes the handoff from the quarterback and runs straight into the scrum of big bodies battling for position ahead of him. Running backs are typically quick and sturdy, and able to absorb a tremendous amount of physical punishment. Now for due diligence sake, go watch some Zeke highlights and pretend like you’ve known all along.

This is who most commonly catches the passes thrown from the quarterback. Wide receivers, also called wideouts, might be the flashiest position on the team besides QB. These guys are most prone to making huge plays downfield, picking up first downs and touchdowns, which is why they are famous for braggadocio and post-play celebrations.

A term popularized by the legendary play of Ohio State’s own offensive tackle Orlando Pace in the ‘90s, the act of “pancaking” an opposing player refers to an offensive player delivering such a fearsome and ferocious block upon a defender that they end up flat on their derrière.

“He just got mossed!!”
In some sense akin to that annoying guy that yells “KOBE!” when shooting a paper towel into a trash can, the “moss” maneuver also harkens back to a legend in their sport. Randy Moss is one of the greatest receivers of all time, and was known to pluck a 50/50 ball out of the sky overtop the outstretched hands of a cornerback or safety. Despite many probably not even knowing what the word refers to, you could very well hear it used whenever a receiver goes airborne and hauls in a spectacular catch over a defender.

the act of faking your direction to make a defender think you’re going one way, and getting past them in another. If a player gets juked, he will likely be clowned upon with the added sentiment that he was juked “out of his shoes,” or if particularly egregious, “out of his socks.” Popular juke techniques would include the stutter-step, the spin move, and the cut-back.

An alternative method to the juke, trucking someone is when a player runs straight through another. Like a truck going through a wall. Whereas a juke implies avoiding contact, a truck welcomes it openly. In the football video game, Madden, there is even a “truck stick” toggle that can be used to run through your opponent on a play.

When a cornerback is covering a wide receiver one-on-one, mono-e-mono, without the backup support of his safety, who would usually be playing further back down field as a last defense.

Picture you’re walking around the Oval, and somebody comes up from behind and pulls you down backwards by the top of your backpack. I can’t imagine it feels any better when it takes place on the football field with an offensive player running full speed before being taken down by a defender grabbing the inside of his shoulder pad. Understandably, this action constitutes a 15-yard penalty.

For those of you struggling with the comprehension of the sport and its many complex rules: when a large group of fans are all simultaneously foaming at the mouth with boisterous seething rage, just assume the ref threw a flag for pass interference. Particularly deflating for fans and defenses, this is when a defender (usually a defensive back or safety) grabs or overly contacts a receiver while the ball is in the air or on its way to him. the anger is usually derived from the arbitrary nature and differing degrees in which this penalty is called at different times.

You’re watching a game, and the Buckeyes just picked up 17 yards on a J.K. Dobbins rush. HOORAY! But no, that yellow icon pops up on the screen, indicating a penalty. However, you didn’t see what happened and can’t understand why, but suddenly the offense is moving back 10 yards. This was likely a holding call, most commonly called on offensive linemen who are illegally grabbing or holding onto a defender after they have been beaten for positioning.

Another penalty that will have you cursing your offensive line, a false start is when somebody moves on the line of scrimmage before the snap of the ball. This can also be committed by a receiver, tight end, or any other position, but you’ll most often see it with the O-line, or due to botched communication between the QB and his center.

The source of fan, player, and officiating drama over the last few seasons, roughing the passer is when, primarily a defensive end or defensive tackle, makes illegal contact to the quarterback. While the penalty used to include blatant late hits or particularly vicious abuse, it can now be enforced for hitting too high or low, landing on the QB, making any contact with his helmet, or sometimes simply hitting him too hard. Much to the chagrin of defenders and old school gridiron purists.

Just as the name suggests, a hail mary is employed when all you’ve got is a hope and a prayer that the play might be successful. Usually at the end of the game, if a team is trailing, but still needs a touchdown or is out of field goal range, the QB will launch the ball as far as he can into the end zone, where the team will have an onslaught of receivers beelining it in order to haul it in or catch the ball on a deflection. If you’re more familiar with basketball, this is the football equivalent to a full court buzzer-beater. When pulled off, this is one of the most miraculous ends to a game you could hope to witness.

Short for the german term “blitzkrieg” which translates to “lightning war,” a blitz is an all-out assault on the QB from the opposing defense. Aside from the usual pass rushers on the defensive line, a blitz is when additional defenders will come up to the line of scrimmage to send extra pressure at the quarterback to force a sack or a rushed decision. 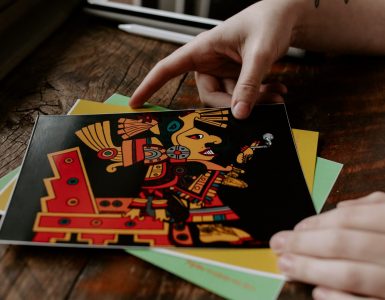