Buckeye history basics: a summary of The Shoe

Tucked away off an access road on Kenny is the University Archives, which is like Wikipedia, but with walls and you have to fill out forms to look at stuff. And you can’t take anything in with you. There, stored in nondescript drawers, one will find no less than nine folders worth of information and memorabilia regarding Ohio Stadium. From the original “booster literature” used to campaign for the funds to build the stadium to nearly every bit of press that mentions “The Shoe,” the University Archives provides a fascinating narrative of this piece of architecture. Amongst your many important student responsibilities, you sadly may not find the time for a visit. So, 1870 Magazine has provided a Sparknotes version for you.

1887: First non-intramural football game scheduled for December. Game is called off due to rain, presumably the beginning of a long debate about whether umbrellas can be brought to games.

1891: For two years, Ohio State Stock Company, organized by the athletic association, sells shares for $1 per share (6% interest) and combines this with game earnings to raise $750 for a grandstand and fence on Neil Ave.

1916-1919: Chic Harley plays football for OSU, bringing it to national attention and inspiring the building of a proper football stadium, which will eventually become known as “The House that Harley Built.”

1920-1922: A stadium campaign canvasses to raise money. Canvassing literature argues the structure will “better manhood and womanhood … by adding to it men and women stalwart in health and consequently mentally rational.” Taking a cue from Roman architecture, the designers plan a rotunda and columns, and an open end “horseshoe” shape like the Roman Circus Maximus. Because ventilation. Seriously. Unlike the Circus Maximus, the sides are curved for better “crowd psychology,” to equalize seat values, and to accommodate a running track. Water levels from the Olentangy River prevent a “bowl” design. Instead, the structure is double-decked. While the designers acknowledge that someone might want to eventually fill the open end with seating down the road, university officials are not too worried since the structure is never going to fill to capacity.

October 22, 1922: The Ohio State University dedicates its new $1.3 million stadium with a temporary capacity of 72,000 built by the E. H. Latham Company of Columbus. The circumference is a third of a mile. The field surface is natural grass. the game is against the University of Michigan in which the Buckeyes lose 19-0. (Several Model Ts are probably destroyed in the post-game riots.)

1971: OSU contracts with Monsato to resurface the field with AstroTurf (originally called ChemGrass), to the delight of Coach Woody Hayes. AstroTurf causes a problem at spring commencement, as the legs of chairs can apparently damage the surface.

1974: A plan to increase capacity by closing the open end of the stadium is opposed. Because aesthetics.

1976: Columbus police nail 18 people climbing over fences to enter home games, due to ticket scarcity. CPD warns such activity is illegal and trespassers can face arrest and bond. During this same time, Jerry Marlowe of Dover, Ohio begins gate-crashing games. Over the years, he successfully enters the stadium without a ticket nearly twenty times in various disguises including a band director, a referee, a Scoutmaster, a pizza delivery man, a television crew member, and a nun.

1979: The Buckeyes again get thumped by Michigan. the worn out AstroTurf is replaced. Coincidence? The old AstroTurf is sold to fans (for noncommercial use) for anywhere from $5 to $500, furnishing rec rooms around the state.

1986: OSU breaks the record for “most pom-poms at a collegiate game” during a home game against Illinois with 90,000 free scarlet pom-poms distributed to fans. Sadly, before the event can be reported to the Guinness Book of World Records, two weeks later the University of Southern California breaks the new record. OSU tries again the following year with 92,000 pom-poms.

1988: Despite being warned by Hugh Fowler (a regent at the University of Colorado at Boulder) that rock concerts are nothing more than “mob actions” accompanied by drugs and alcohol, OSU goes ahead with its plan to host Pink Floyd, initiating the Shoe’s beginnings as a concert venue. Tickets are $21 and are sold out. Despite predictions of damage to the facility (like maybe the AstroTurf) the crowd is reported to be “very mellow.”

2001: Athletic Director Andy Geiger asks a post 9/11 crowd to bring their “loud Buckeye voices” to the games and leave everything else at home.

2007: OSU says fuck it. Resurfaces the field with FieldTurf.

2016: The Shoe breaks the national record for highest-attended spring game with a whopping number of 100,189 total screaming fans. (Ohio State, and again, Ohio State share the top three spots with itself at 99,391 and 95,722. Respectively.)

????: You graduate, walking on the field’s newest surface, BioCrystalTurf. 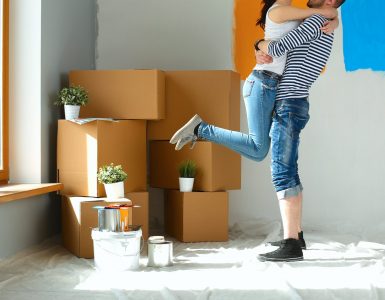 What happens when you live with your significant other in college? You’ve been seeing someone special for a while. You’re not sure that this is the one, but you give this person most of your free time, and you don’t...

Trivia Night at The Little Bar

Why Pole-Dancing Should Be Your Next Workout