Looking for some Supreme? OSU student and reseller Adam Demetriades can help.

“I think the draw is having something that other people can’t readily get, not because it’s expensive, but it’s elusive.” — Adam Demetriades.

WWhen talking to Demetriades about his Supreme collection, those words perfectly described the culture that surrounds it. In the age of the internet and Instagram, finding your “brand of originality” is often linked to the clothes you wear and how you present yourself. And when it comes to Supreme, originality goes hand-in-hand with their “drop system” which releases a limited amount of clothes on Thursdays. If you weren’t in line at a Supreme store in New York, or one of the lucky ones to make it on the server without it crashing, the odds of you getting a simple yet iconic box logo t-shirt are slim to none creating a hype and craze around each weekly drop.

However, that isn’t your only option. These “rare” pieces have stirred up a rather large resale market where a simple box logo t-shirt goes from $54 to upwards of $600. Yeah, $600. For a t-shirt. This is where Demetriades comes in. He’s been a Supreme collector for more than a year now, and he’s looking to connect with other resellers and collectors at Ohio State.

How deep are you into Supreme collecting?

Oh, I love accessories when I can get my hands on them. Usually I stick to the more “budget” accessories that are more trinket-related. Like for example, I snagged the work gloves and the industrial marker last season. I mostly stick to clothing, though.

How did all of this begin for you? It seems like Supreme came from the underground skating scene and now it’s everywhere.

I actually had a good friend introduce it to me in the summer of ‘17 while we were in Germany of all places [laughs]. She had this super cool Supreme bag and I thought it was so clean. I looked into it and taught myself how to start buying and the rest is history … I personally like it because I do skate, and it’s one of those brands that is a status symbol but also looks really cool, is affordable at retail prices, and I love their designs and ideas. I’d say without a doubt that it has become exponentially more popular in recent years, and those who were in the know before had it so much better if you wanted to wear what you buy because of the increased difficulty of buying.

How have you managed that buying “rare” items process?

Oh, I am not ashamed to admit I have a bot that assists me in buying. You practically need one to get anything cool these days. The drops are on a fixed schedule and you can find a “leak” list of this week’s drop items so you can plan ahead and pick what you want your bot to grab.

What’s been the hardest thing to not be able to get on a drop day?

Any week that an item with the classic Supreme box logo drops, it’s a bloodbath. You’ll get site crashes, transaction errors, and forget about trying to go in without a bot. It sells out in literal seconds; under five usually. I still have yet to get one, and I usually don’t even bother because taking an L hurts a little inside.

What’s been your favorite pick up on drop day?

My favorite cop would have to be my Akira long sleeve tee. I’m a huge fan of that movie and the shirt looks awesome. The reason I bot is that I want to pay retail prices for cool clothes instead of the resell price which can be marked up two to six times the retail price. I resell to make up for what I buy, and it’s a tidy system.

How far in the resell market do you go?

I’ll usually either sell to some friends back home if they ask me to grab it for them. If there’s some hot item that people are hyping, I’ll stick to GRailed or StockX if I think it will sell well. I’m probably about 1:1 on my money spent/money made back on Supreme. I love rocking my personals [laughs].

So how much Supreme do you own? How long did it take you to get your collection this large?

It’s honestly nothing too crazy. Like I have maybe 10 tees, a jacket, a bag, accessories, hella stickers, and probably some I’m forgetting…[It took me] maybe a year? It’s sort of addicting!

What are some giveaways for finding fake or knock off Supreme?

Nothing apparent for most products since the logo is fairly simple. However, Supreme rarely makes generic items like lanyards, the biggest culprit, with the box logo on the front. Usually, you can look at the archives to see if the item exists and then from there you can check validity. It’s not an exact science as verifying true designer brands, but the level of knockoffs are making it that way. 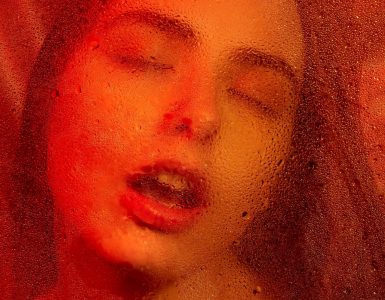 Photos by Brian Kaiser If you’re looking to treat yourself or your significant other this Valentine’s Day, lingerie brands have never looked better. Different brands have different styles, colors, and collections to...