Speaking from personal experience, I would definitely say Axis is up there in terms of being the best LGBTQ+ space. Being that my first experience in a gay bar was Axis, it holds a special place in my heart. Does it happen to be the Bullwinkles of the gay community? Yes. But you can’t argue that just like Bulls, Axis remains that constant, maybe a little ratchet, place to release all your inhibitions and truly be yourself. It was the first place that I truly felt confident as who I was, because everyone there was unapologetically themselves. The music is lit, and the dance floor is always covered with bodies ready to dance the night away.

Can we also talk about all the iconic Drag Race queens that have graced the Axis stage?? Legendary queens and big names such as Bianca Del Rio, Alaska Thunderfuck, Sasha Velour, Shangela, Ben De La Creme, and so many more! Being that Columbus is a gay hotspot in the midwest, it is always a stop on any major drag queens tour! Not only that, but themed nights such as glow night offer interest to just your average club scene and definitely spice things up. Axis is also home to many up and coming new and local queens who are also fantastic.

“ …release all your inhibitions and truly be yourself. It was the first place that I truly felt confident as who I was, because everyone there was unapologetically themselves.”

Difference between Axis and Union too is that it’s 18 to get into Axis, but 21 for Union, which means more of your friends can join you at Axis without worries of being allowed in. Axis also has three bars and two levels inside, which means lots of room for activities!!

As a frequent patron of Union, there is no better place to spend Thursday nights. From being greeted by the bouncer, Steve, to catching up with some of the amazing bartending staff while getting the first of many legendary Long Island’s, the Union crew plays a large part in the unification of the LGBTQ+ community in a place that feels like a second home here in Columbus. After chatting with the bar staff, the music is at just the right volume to sit at one of the booths or tables and talk with close friends and relax after a long week, all while feeling the positive energies of inclusivity and togetherness. Not to mention, you are guaranteed to run into people of other circles that you may not see as often. I have ran into high school friends that I have not seen or talked to in years, my local Starbucks barista, and even a favorite professor—which was definitely not as weird as you would expect.

After a bit of catching up and far too many Long Islands, Thursdays are a day where the Union crowd gets to celebrate Ohio drag talents. From the notorious Nina West, a campy and high energy performer, to Freesia Balls, Amanda Sue (Miss National Comedy Queen and a former Miss Gay Ohio), Virginia West, and so many more, these queens bring laughs and stunning lip syncs to the Union stage. Union is also the home of Columbus’ official RuPaul’s Drag Race watch parties, which have brought Drag Race queens such as Chi Chi DeVayne and Cynthia Lee Fontaine to host some of the watch parties. After the wonderful drag shows, the stage always opens up, letting the crowd dance and enjoy the music while letting off steam with friends and strangers alike!

“I have ran into high school friends that I have not seen or talked to in years, my local Starbucks barista, and even a favorite professor—which was definitely not as weird as you would expect.”

Union is undoubtedly the epicenter for the Columbus LGBTQ+ community. Regardless of how badly you embarrass yourself this Thursday, you’re always back the next week to make the same Long Island-fueled decisions. Again, and again, and again…

Regardless of where you end up going, the reputation for gay bars holds true, the drinks at either places are enough to guarantee that you have a great time. In this day and age, we are fortunate enough to have spaces that allow us to be ourselves, so there’s no argument as to which place is better because both provide safe havens from a hetero-dominant world. 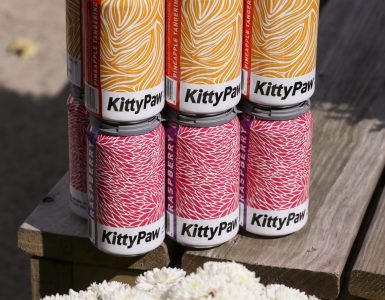 Ring in the new year and welcome back the Roaring ‘20s with this luxe champagne cocktail and a local brewery’s take on spiked seltzer. Forget mimosas at Sunday brunch, and class it up with this forgotten drink and fresh...