With 37 diagnosed cases in the state of Ohio so far, Governor Mike DeWine announced he will shut down all bars and restaurants last night starting at 9 p.m. Sunday.

“How long this order will be in effect, we don’t frankly know…carry-out food is still allowed and definitely encouraged,” he said at the press conference.

Dr. Amy Acton said the U.S. should expect “multiple Wuhans” because the virus spread all over the U.S. instead of emerging from a single city.

“For us to not take these actions today will cost lives. People will die if we do not make these decisions, and I don’t have any other way of saying it,” Gov. DeWine said.

The first case diagnosed in Columbus was announced on Saturday as a 49-year-old male who recently traveled on a Carnival cruise trip. He departed on February 29 and returned on March 6, with symptoms appearing the next day. He has been in isolation since March 12. 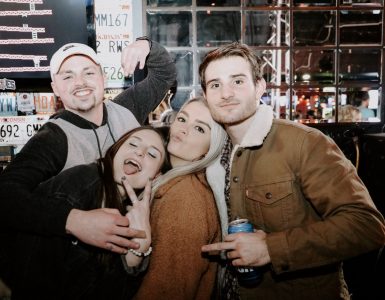 Earlier this week Ohio State made the decision to cancel face-to-face classes until March 30. Who better to support the students at their lowest hour than good ol’ campus bars? Late last night, Leo’s On The...